Home What is U3A? General Meetings Newsletters How to make U3A your home page Groups How to join U3A Who are we? / Contact us Travel Events Cultural Arts Local Attractions Links Constitution Discounts 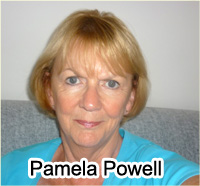 Owing to the huge success of the original petanque group, It was decided to run a second group which meets on Thursday mornings at the courts on the Cumbre del Sol.  Afterwards, we go for coffee at a local bar.

It's a very easy game to learn and you can be winning almost immediately!

Pétanque (in French) is a form of boules where the goal is to throw metal balls as close as possible to a small wooden ball called a cochonnet or Jack.

The object of the game is to throw your balls - usually with an arched back-spin - so that they land closer to the small object ball (jack) than those of your opponent, or strike and drive the object ball toward your other balls and away from your opponent's.

The only really essential equipment is a set of steel boules (three minimum). A set costs anywhere from 12 euros upwards from most Chinese shops. However come along and try a game first to see if you want to join the group, and buy your own set after that if you do then decide to join.

Back to previous page